Learn how Suterra products have helped growers achieve their goals by using mating disruption in their crops.

Wonderful Citrus is famous for delivering nutritious, premium fresh fruit including Halo mandarins, Wonderful seedless lemons, and Red Scarlett grapefruit. The Halo mandarin brand is a favorite of parents and children for being a delicious, easy snack. The visual appeal of the fruit must be colorful and immaculate, which makes the cosmetic damage caused by California red scale (CRS) a massive economic problem. “The pests for us are cosmetic for you as the consumer. You want a clean piece of fruit. You want something that looks good because we all eat with our eyes first and then we taste,” explains Brandon Koch, PCA at Wonderful Citrus.

“Wonderful Citrus has been using this product for about seven years now and we have seen a dramatic decrease in our pest pressures.”

Farmers might be focused on ROI and productivity of their acreage, but consumers are demanding more sustainable growing methods for the crops they eat. Consumers want to know that farmers care about the land, the bees, and the water that sustains us all. Using products like Suterra’s CheckMate® CRS dispensers provides growers with an effective pest management tool that is species-specific, does not harm beneficial insects like bees or ladybugs, leaves no residue on the fruit, and increases marketable fruit at harvest. Growers throughout CA and across the world are increasingly using organic inputs like CheckMate® CRS on conventional acreage because it just makes sense.

“The savings that we’ve seen at Wonderful Citrus is on the cost of applications."

"We’ve not had to go back and do re-applications with other pesticides, and our chemical usage and our chemical procurement has dropped exponentially over the years... We started with probably 3,000 acres out of a certain region that we sprayed. We’ve gone down to roughly 4-600 acres now that we’re spraying,” says Brandon Koch. “I would recommend Suterra to anyone in California and around the world.”

"After the product is up, it works year-long so I can sleep at night knowing something is out there working."

My name is Brandon Koch. I'm a pest control advisor for Wonderful Citrus. Suterra has been able to implement a product for us that is more sustainable for agriculture here in California. Suterra works by combining natural compounds that we see every day into a non-toxic, usable form that leaves no residues like some of the other pesticides do. Suterra works as a mating disruption. It works as a mimic of the female pheromone. It creates a plume and [the male] cannot find the female to actually mate. It combines an application method that sets it apart to where it's very simple for us to use. The installation of Suterra is easy. We have designated trees that we use, and then we put it up, and it lasts all year long. Wonderful Citrus has been using this product for about seven years now, and we've seen a dramatic decrease in our pest pressures. The decrease in pest… let me put it in the simplest form. We started with probably 3,000 acres out of a certain region that we sprayed, and we've gone down to roughly 400-600 acres now we're spraying. The savings that we've seen at Wonderful Citrus is on the cost of applications. We've not had to go back and do re-applications with other pesticides, and our chemical usage and our chemical procurement has dropped exponentially over the years. Pest management is important because it implies two things: it means the grower has a better ROI and our costs in the field go down. After the product is up, it works year-long so I can sleep at night that I know something is out there when my crew isn’t spraying. I'd say the biggest pest that we have is California red scale. For you as the consumer, you want a clean piece of fruit. You want something that looks good because we all eat with our eyes first. I would recommend Suterra to anybody in California and around the world.

"Not only have we seen a reduction in our trap counts, we have seen up to 25% damage reduction."

We are often asked, "What results can I expect when I use Suterra mating disruption on my ranch?" Roberto Itturalde, Pest Control Advisor for Wonderful Orchards, answers the question with his own experience. They have been able to control navel orangeworm populations, reduce pest damage, and improve ROI by adopting mating disruption on 100% of the ranches he oversees. The benefits of using Suterra’s species-specific mating disruption also helps to protect pollinators and other beneficial insects. Roberto explains, “Bees provide an important role to pollinate our almond trees. Suterra uses a naturally occurring compound and they have zero effect on bee health.” 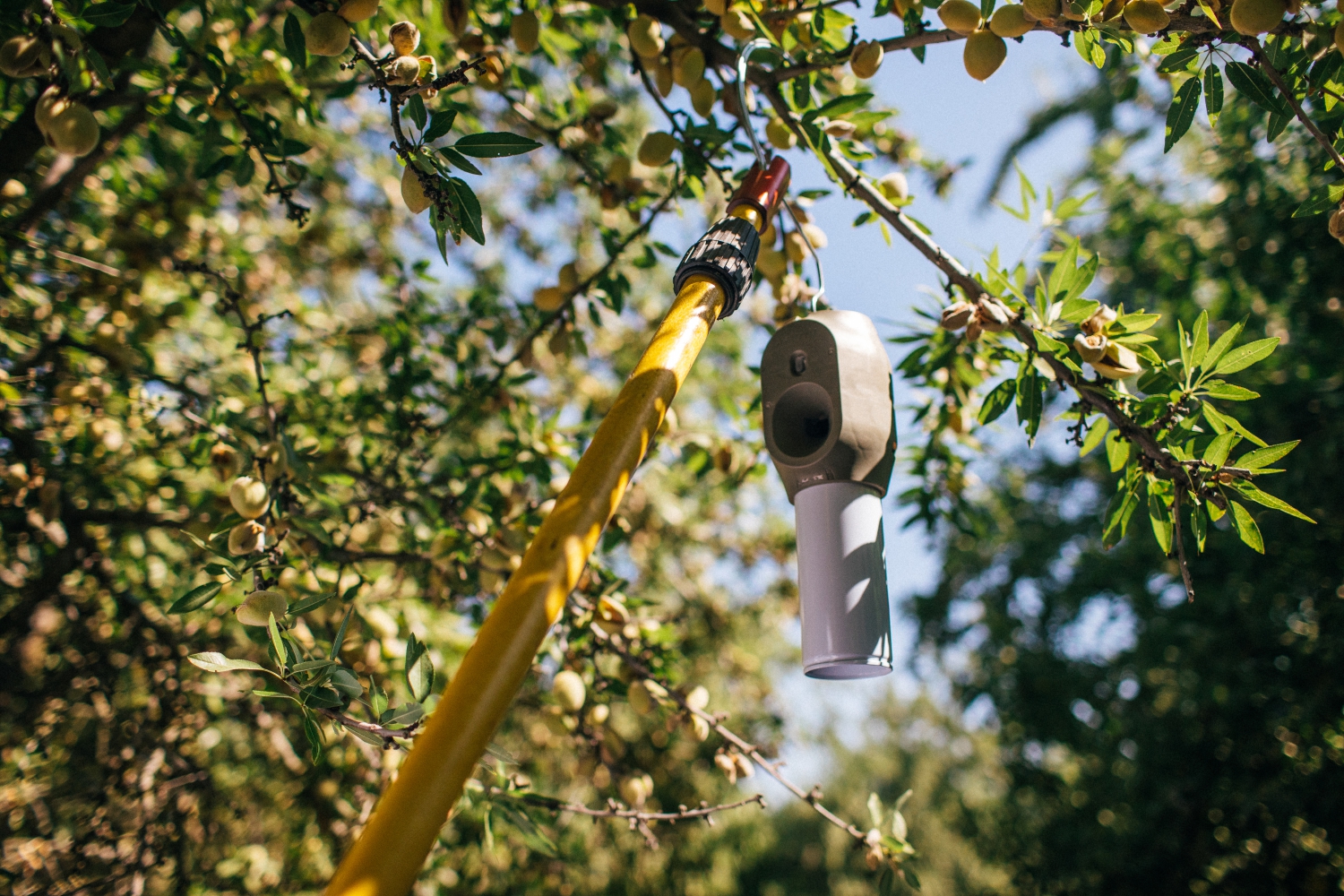 Wonderful Pistachios and Almonds is the world’s largest grower and processor of almonds and pistachios; in tandem with their Grower Partners, they farm 125,000 sunny acres that deliver 450 million pounds of nuts. By embracing IPM practices and biocontrol products like Suterra’s Puffer®, Wonderful Almonds and Pistachios is able to achieve their sustainability goals, ensuring the finest quality every step of the way — from their trees to your hearts. 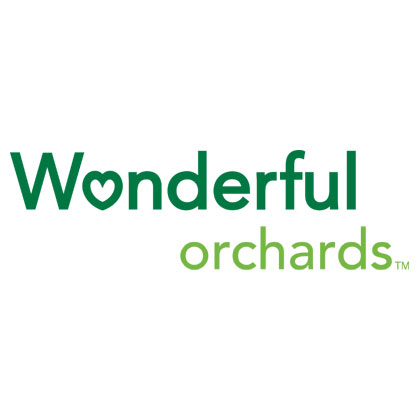 "Bees provide an important role to pollinate our almond trees. Suterra uses a naturally occurring compound and they have zero effect on bee health."

Here at Wonderful Orchards, we grow almonds, pistachios and pomegranates. The main and leading pest is navel orangeworm. They pose a high risk to an almond and pistachio crop by the worm boring into the nut and feeding on the nut meat. Since we have converted our orchards to 100% mating disruption, not only have we seen huge reductions in our trap counts; we have seen up to 20-25% in damage reduction over the years in our ranches. Integrated Pest Management is important because it includes monitoring to reduce the overuse of pesticide applications. Since we use Suterra we have been able to save on two insecticidal sprays. We only do one spray at hull split, which is right before harvest begins, and so that helps us save on money and pesticide use. Working with Suterra has been a seamless process. It is very easy to implement all the way from order to receiving the product to putting them out in the field at an affordable price.
Installation is very easy and straightforward. We walk out to a tree and hang it about halfway up in the canopy and we leave it there all season. We just set it and forget it. Suterra sets itself apart by their commitment to sustainable farming practices. They use pheromones which in an IPM program is key as a non-chemical control strategy. They use a non-toxic mode of action, so they leave zero harmful residues on the fruit unlike broad spectrum insecticides do.
Bees provide an important role to pollinate our almond trees. Suterra uses a naturally occurring compound such as pheromone and they have zero effect on bee health. I recommend Suterra to not only growers and colleagues here in the Central Valley of California, but other growers across the world. They offer top quality products that help you grow and sustain and healthy crop.

"Traditional chemistry is not going to work against this pest. Suterra works."

Earlier this year, we ran into notable influencer and former Kendall Jackson PCA Bart Haycraft at an educational Vine Mealybug (VMB) event hosted by the Vineyard Team. During the VMB event, Bart shared his experience as a PCA battling VMB and how it had proven to be a formidable foe in his growing region.

Haycraft has worked in the wine industry for more than 25 years. His experience with Suterra started when he wrote recommendations including CheckMate VMB-XL passive pheromone dispensers for one of Suterra’s most valued customers. Like many growers in California, they were dedicated to a sustainable, system-wide approach to managing pests in the regional vineyards.

Over the years, he tried many different products and practices to help control the pest. Traditional insecticides don’t work well on vine mealybug since they hide under bark and go underground in the winter. The ever-changing import rules for foreign markets add even more complexity: now PCAs need to consider products banned in other countries when writing recommendations.

"Suterra has become the backbone of a program in the fight against the vine mealybug."

My name is Bart Haycraft, and I've been in the vineyard business for the past 25 years. For the vineyards in this region, especially over the past ten to 12 years, we have what's called vine mealybug, and that has become pest number one.So there's two things with Vine really bug that make it particularly difficult. One is it can ruin the fruit, it can make the vines very unsightly, but even more important is the vine mealybug is a vector of leafroll 3, and if the vines get infected with leafroll 3, you're cutting the longevity of your of your vineyard by ten, sometimes 15 years. Traditional chemistry is not going to work against its pest. Suterra works. They create this big plume of pheromone that confuses the males and the females so they can't mate and so the numbers go down. It is the very definition of integrated pest management. If you were just relying on the chemistries, you had two things working against you: a) they really weren't controlling the pest, but b), now you've got some export issues related around MRLs (maximum residue limits) where the Suterra products are fitting in fine. It's a great tool to have for us to keep the numbers down I would recommend Suterra to other growers and I would say that Suterra has become the backbone of a program in the fight against the vine mealybug.
Watch Video

Guardians of the Land

Suterra has launched a campaign in Spain and Italy to pay tribute to the men and women of sustainable farming, recognizing growers who are committed to respecting the environment through innovative farming practices. Each chapter of the campaign showcases our shared values and highlights successful crop protection stories.

We invite you to enjoy the breathtaking landscapes and listen as these growers share their approach to balancing progress and protection.

Meet the Guardians of the Land