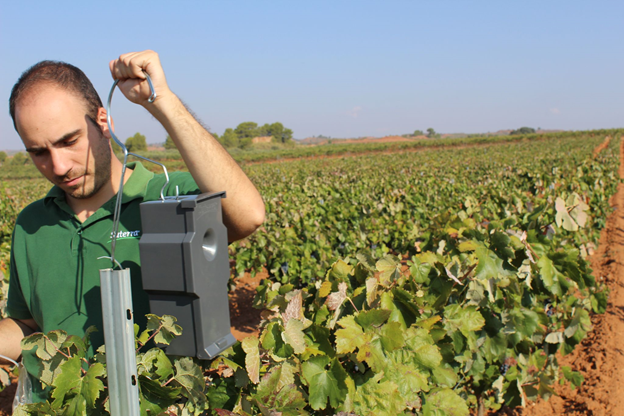 Mating disruption is a unique mode of action for pest management that uses species-specific pheromones to reduce target insect populations over time. The quest to identify and understand how insects use pheromones has been going on for decades. Learn more about the history of mating disruption and Integrated Pest Management in this article.

In the 1950s, agroscientists began to research and develop a holistic strategy known as Integrated Pest Management. Since its mid-century inception, IPM has grown to include a plethora of sustainable pest management strategies including crop rotation, use of pest-resistant crops and pheromone-based mating disruption. The strategy has been adopted internationally and has gained popularity among organic and conventional growers alike.

THE DISCOVERY OF PHEROMONES

Jean-Henri Fabre, a French naturalist, was one of the first to determine how important pheromones were to insect communication. In an experiment conducted by Fabre in the 1870s, male peacock moths were attracted to and able to find females regardless of where he put them, leading him to conclude that the moths were finding each other with an odor undetectable to the human nose. 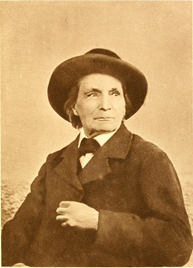 Humanity’s understanding of insect pheromones would deepen over the next century, furthered by a plethora of international researchers. The first successful isolation and identification of an insect pheromone happened in 1959: bombykol, the female sex pheromone of the domestic silk moth.

After bombykol was discovered, many biochemists began the lengthy process of identifying the sex pheromones of other insects of import- in particular, researchers began looking into the pheromones of pest species. Initially, identifying the species-specific pheromones was quite difficult and required years of trial and error through behavior assays. Over time, pheromone-identifying technology improved. Researchers moved from using time-consuming behavior assays to simply observing electric stimulation in the insect’s antenna, using a technique known as the electroantennogram (EAG). Eventually, cutting-edge molecular techniques like mass spectrometry and nuclear magnetic resonance were added to researcher’s arsenals, aiding in the precise identification of insect pheromones.

Agricultural chemists also began seriously considering the use of pheromones in pest monitoring and management. Morton Bereza, a chemist with the U.S. Department of Agriculture, first suggested the idea in 1960. In 1967, the first successful field trials to test the idea began at the University of California on cabbage looper moths. This initial experiment was small but proved that mating disruption could work, paving the way for larger trials and the eventual emergence of commercial mating disruption products.

Approximately a century after they were first discovered, pheromones finally entered the agricultural market. Growers were introduced to pheromones in the 1970s when the first monitoring traps were released. Using the sex pheromone of the female insect, these traps lured males to a sticky sheet where they could then be easily counted. Several years later, the first mating disruption product for pink bollworm was put on the market. The revolutionary product used the insect’s natural pheromone against it, blocking the male’s ability to find females to reproduce with. 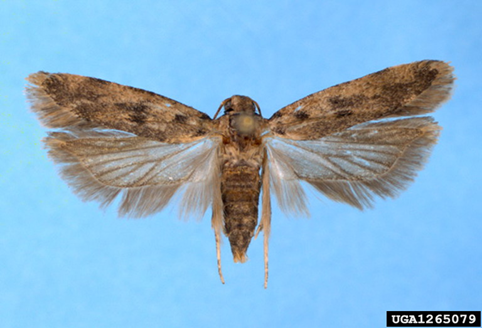 Pink bollworm, the target of the first MD product registered in the United States. If left untreated, this species can be damaging to cotton. Photo from the Mississippi State University Archive.

Since the conception of mating disruption, the technology has slowly but steadily become a more common part of IPM techniques. The efficacy of mating disruption on several key lepidopteran pests, including oriental fruit moth and codling moth, have helped push mating disruption to the forefront of the IPM world. In recent years, new pheromone products from Suterra controlling Vine Mealybug and California Red Scale have become broadly popular as pests become increasingly difficult to treat with conventional insecticides alone.

Suterra is a leading innovator in the pheromone industry and has been working with growers to protect their crops for over two decades. Among other breakthroughs, Suterra pioneered the commercial use of Puffers® and Flowable spray-on mating disruption. Suterra is also the only company currently producing mating disruption for hard-to-manage pests like California Red Scale.

The specialists at Suterra are happy to work with you to determine an IPM strategy that will work well on your farm. Contact your local representative or send us a message online using this form.