Both native and non-native pollinators are in global decline. By employing integrated pest management techniques, farmers can protect these vital insects. 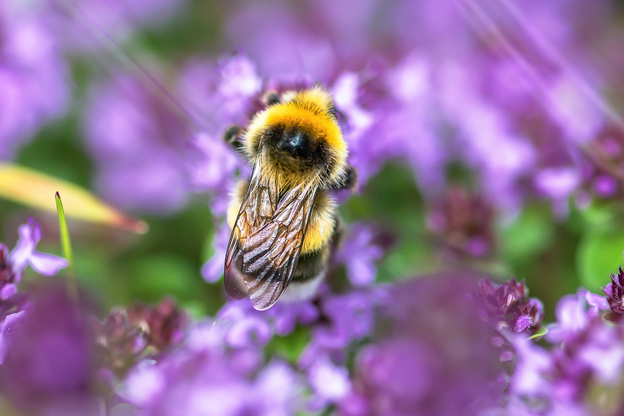 As growers have become increasingly invested in Integrated Pest Management techniques, so too have growers made an effort to understand the plight of pollinators. Bee populations, as well as the populations of other beneficial pollinators, have been rapidly declining across the globe. Even domestic honey bees kept by beekeepers have not been spared, with many keepers experiencing an uptick in dead or missing colonies.

The decline in pollinators is alarming. If pollinators were wiped out, the impact on the ecosystem would be astronomical. Between 75% and 95% of flowering plants rely on pollinators to reproduce, including important crops like almonds, alfalfa, peaches and melons, to name a few. Some of these crops, like almonds, rely exclusively on domestic honey bees for pollination.

Agriculture is by no means the only factor affecting pollinators right now. However, neonicotinoid pesticide use has been targeted as one of the leading dangers facing pollinators worldwide. As a result, growers may soon face increasing regulation on what insecticides they are permitted to use.

Growers rely on pollinator health, leading to interest in techniques that encourage pollinators visiting their crops. More growers are employing integrated pest management techniques to make their farms a haven for pollinators and benefit from the presence of pollinating species in the long run.

Western honey bees are unquestionably the face of the ‘save the bees’ movement. While the insects boast an impressive native range covering Europe, Africa and some parts of Western Asia, they are most well-known for being the species near-universally kept by beekeepers. If you’ve ever enjoyed honey in your tea, it was almost certainly produced by a Western honey bee. In addition to producing honey, this species powers the almond industry in California by providing pollination services.

Like most insects, bees are vulnerable to broad-spectrum pesticides, particularly neonicotinoids. Exposure to neonicotinoids can increase mortality rates, alter feeding and foraging behavior and decrease honey production in Western honey bees, and regulatory agencies are paying attention to the research. The EPA is slated to complete a review of the ecological effect of several neonicotinoids by 2022 which could fundamentally alter how growers are able to use these chemicals.

Western honey bees-and their beekeepers-are facing many stressors worldwide right now. Beekeepers across the United States are dealing with varroa mites, a devastating parasite that is nearly impossible to get rid of. Beekeepers have also been dealing with an odd and disturbing phenomenon since the early 2000s called Colony Collapse Disorder, or CCD. Overnight, and seemingly without warning, the majority of worker bees will simply disappear, leaving the queen and a few young bees to dwindle away. If the beekeeping industry continues to be hit, growers that rely on their pollination services, especially almond growers, will feel the consequences. 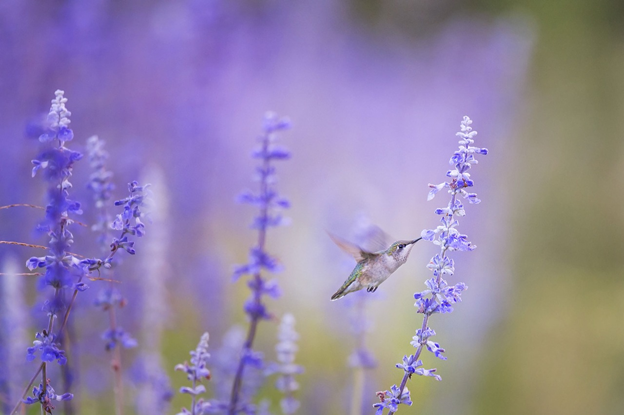 Western honey bees are one of a plethora of pollinators that sustain plant life around the world. Native pollinators are the bread and butter of pollination and consist of an incredibly diverse group of animals. In addition to bees and wasps, flies, hummingbirds, fruit bats, lepidopterans and beetles pollinate plants and crops in different parts of the globe.

Unfortunately, many of the world’s most common pollinators are affected by insecticides even more severely than their domestic honey bee counterparts. In the Western United States, native bumblebees are more impacted by smaller quantities of neonicotinoids than Western honey bees are. Wasps and butterflies are similarly affected, including the endangered monarch butterfly.

Suterra’s mating disruption products are a fantastic option for growers that understand that some native insects can be an asset to their crops. The products mimic the mating pheromones of target pests, rendering them unable to find mates and reproduce.

As a result, the products are species-specific and don't affect beneficial pollinators that are stopping by. They also naturally degrade rapidly once released, so growers don’t have to worry about residue getting in their plant’s systems- or the systems of visiting pollinators.

Losing pollinators would have an impact far greater than simply taking honey off the breakfast menu. By putting a greater focus on pest management methods that only affect target species, growers can coexist with these important species.

Trapping and monitoring for vine mealybug in California wine grapes

Scientists fight to save a glittering green bee after Australia fires