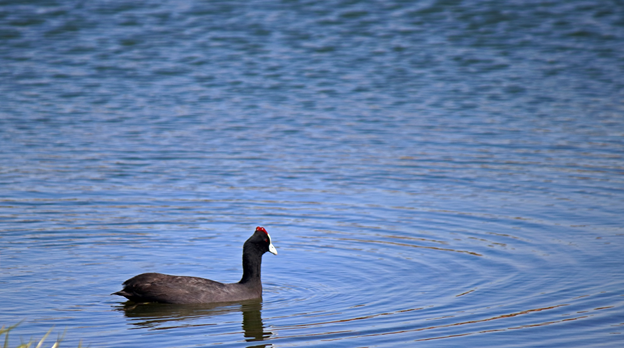 L’Albufera National Park, a nature reserve located on the Gulf of Valencia Spain, has seen its bird populations decline from years of conventional pesticides application to combat the spread of invasive Asiatic rice borer moths. Today through the use of modern mating disruption practices, the birds are returning.

L’Albufera National Park, a nature reserve located on the Gulf of Valencia, is a place where both humans and animals can thrive. Egrets and flamingos wade alongside rice farmers who have been farming the area since the 8th century. L’Albufera is where paella originated. It also serves as a refuge to over 230 species of birds, including species on the IUCN red list such as the marbled teal and red-knobbed coot. This balance between humans and nature would have been impossible to achieve if it weren’t for CheckMate® mating disruptors (MDs), an eco-friendly alternative to traditional pest control. 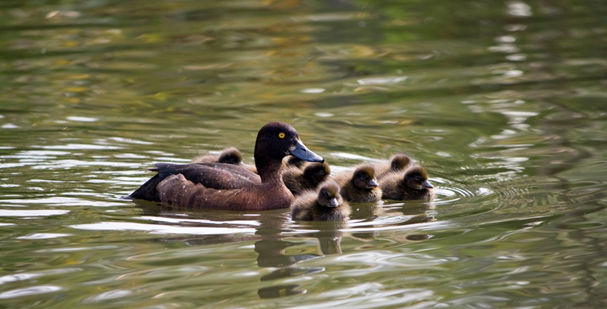 Urbanization has not been kind to Spain's ecosystems. Spain has lost 64.5 million birds in the past two decades, with the hardest-hit populations located in rural farmland like L’Albufera. A drop in biodiversity can affect crop yield, ecotourism, and long-term regional sustainability, making it more than just a humanitarian issue.

A prominent cause of bird population declines in agricultural areas is the use of conventional pesticides. From the 1950s to the 1980s, rice farmers sprayed broad-spectrum pesticides over L’Albufera to combat the spread of invasive Asiatic rice borer moths. Using planes, they sprayed hundreds of thousands of gallons of chemicals over the rice fields, targeting the moths but affecting everything else in the ecosystem.

Birds can consume pesticides in a variety of ways such as eating chemical-laden bugs or preening their feathers coated with contaminated water. When consumed, pesticides can cause lethal neurological and respiratory damage in birds. They also cause eggshell thinning, which renders any eggs incompatible with life and essentially sterilizes the bird.

In addition to these direct effects, traditional insecticides are not species-specific, meaning that beneficial insects are killed at the same rate as harmful ones. With the loss of native insects, birds, and other animals that rely on bugs as prey will starve.

As a result, several breeding bird species were entirely eradicated from the reserve, including six species of gull and eight species of waterfowl. Birds are one of the most visible indicators of an ecosystem’s health. If bird populations are declining, smaller animals like aquatic creatures and invertebrates are generally faring even worse.

In the 1990s, farmers in L’Alfubera transitioned to using Suterra’s CheckMate® mating disruptors, a less damaging method of pest control. CheckMate® imitates the pheromone of the female rice borer, which males use to find mates. This ‘blinds’ the males to the presence of females, inhibiting the reproduction of the moths without affecting beneficial insects.

Using this product has allowed rice farmers to reduce their chemical load by over 40 times per hectare. The mating disruptor has demonstrated close to 100% effectiveness and costs less than conventional spraying. All treatments of the product can also be applied at the same time, making it especially appealing to farmers because it reduces application costs.

A BOON FOR THE ENVIRONMENT

“We have been using [Suterra’s Checkmate®] for the last 5 years and both the reduced use of conventional pesticides and the contribution we have been making to the environment are clear to us,” says Jose Luiz Orobal, financial controller and treasurer of the Agricola de Sollana initiative.

The population of nesting birds jumped once the switch to mating disruptors was complete. A long-term study discovered 267 breeding pairs of waterbird species of special interest in L’Alfubera from 2009-2017, over 40 times the amount of breeding pairs from twenty years ago.

Breeding pairs also included several waterbird species on the IUCN red list, including the marbled teal, common pochard, and red-knobbed and Eurasian coots. Twenty new breeding pairs of these birds have been discovered on the nature reserve since the switch to MDs and their numbers are expected to grow.

LOOKING INTO THE FUTURE

Mating disruptors are increasingly attracting new stakeholders. In 2004, Generalitat Valenciana declared that the control of the rice stem borer a Public Interest. Consequently, the application of MD dispensers at L’Alfubera is entirely funded by the aforementioned regional department of agriculture.

After decades of ecological stressors, L’Albufera is returning to its former glory. It is one of the most-visited birdwatching hotspots in Comunidad while also producing the region’s world-famous paella rice, just as it did for hundreds of years before the introduction of the rice borer moth. With creative new technologies like mating disruptors, commercial and ecological interests can coexist without sacrificing one to benefit the other.

Decline of Farmland Birds in Spain

Trapping and Monitoring for Vine Mealybug in California Wine Grapes